If you’ve never heard about PWA - it stands for Progressive Web Applications. This technology gives you the ability to develop incredibly fast app-like-sites. We are pretty sure that PWA is going to change the face of web design and become an industry standard in the next few years.

A PWA runs the show:

What is the Magento PWA Studio? Why does it matter?

PWA isn’t a breakthrough innovation as it has been developing for years, but what is game-changing that’s handy toolkits that allow easy building of complex Web Applications for developers. And Magento PWA Studio is one of them.

The Magento PWA Studio project is a set of developer tools that allow developing (React-powered Magento 2 themes), deployment, and maintenance of a PWA storefront on top of Magento 2.3.

This should come as good news to you if you’re selling through the Magento platform because the front end of your eCommerce website will soon run at lightning speed on mobile devices.

PWAs run in web browsers and do not require installation, providing to users these immersive, full-screen app-like experience on the web without bothering them.

You also make money because developers are spending less time on app development. As it’s simpler for them, they do thing quickly and make fewer mistakes that save time and costs on debugging. The code looks easy, elegant and maintainable (this line is for developers who feels like artists ;).

On April 24, 2018 — Magento Commerce announced Magento Progressive Web Applications (PWA). But as Magento PWA Studio uses GraphQL (which is part of the development version of Magento 2.3) we had to wait for Magento 2.3 release that had happened on November 28, 2018.

With PWA Studio, merchants can deliver app-like mobile commerce that is fast, integrated, and reliable. These experiences are proven to drive 50% higher conversion rates, and 50% better page performance on average. Designed with the developer in mind using reference themes, guided development, and open web standards, PWA Studio also speeds time to market and lowers the total cost of ownership.

As an open source initiative, PWA Studio will have regular updates—independent of Magento releases—rapidly adding new features, reference theme enhancements, and quality improvements. With developers and partners already building PWAs we are excited about the future of front-end development on Magento. For information on how to work with PWA Studio and visibility into our roadmap visit pwastudio.io.

As a frontend developer, you don’t need to learn how Magento works on the backend or how to integrate anything new to the site.

PWA Studio completely detaches frontend development process from complicated Magento 2 structure. So as Magento frontend developer now you can use modern tech stack to develop faster and more interactive frontend. In other words, you can rip off the frontend from Magento and build the frontend you want to use on top of it.

Magento presented a completely different approach for creating a custom front-end experience using storefront applications. At this moment PWA studio has venia-concept (check the demo here) - a progressive web app created by Magento via the Magento PWA studio. This app is one-to-one can be replaced for Blank and Luma theme. PWA is standing consistent, and you can change PWA storefront in the way you need. But the system was empowered with an option to choose whatever tech stack you plug and play with instead of being driven by PHP, Knockout, JS, LESS and CSS files. So now Magento frontend developers can use Vue.js, Angular.js or any other stack for building frontend view.

If you as an agency develop web stores on Magento now there is no need to hire only Magento frontend developers, invest time and sources to make them full-stack developers. As previously if you need to get content you want you had to interact with the backend. So you can hire excellent React or Vue developer and put him to Magento project without training up with Magento 2, without investing time and money in his studying.

Magento PWA Studio - the first and the second impressions

As soon as Magento has launched Magento PWA Studio we’ve put it to the test. There were a lot of bugs. But what a surprise was when in a week we’d updated the version and almost all that annoying bugs fixed. The system is developing in real time.

So let’s compare how the studio was improved

There are some unresolved issues.

There is no doubt that Magento PWA studio is a huge step forward for Magento frontend development. Moreover, all these successful examples show that PWA implementation significantly increases customer engagement and conversion rates. So there is no question to be or not to be? There is only one question - when it will be better to use Magento PWA studio?

PWAs don’t have any influence on SEO and simply replacing your responsive website with a PWA means deleting the online presence. At this moment PWAs are an extra, not a replacement of your responsive site.

The most PWA’s issues are concerning iOS users. As PWA is Google’s baby and native apps are a big cash cow of Apple, so the last one for a long time wasn’t very interested in adapting its technologies to PWA’s requirements. However, it seems that Safari finally realized that PWA’s are the future and Apple has finally made up its mind to support of Service Workers on the Webkit engine. So one-day PWAs will start working not only on Android phones and desktop browsers (IE, Chrome, Firefox, Opera) but on iOS phones and MacBook’s too.

We are keeping our fingers crossed that in the nearest future iOS issues will be fixed and Magento PWA Studio will be finished enough in next versions. 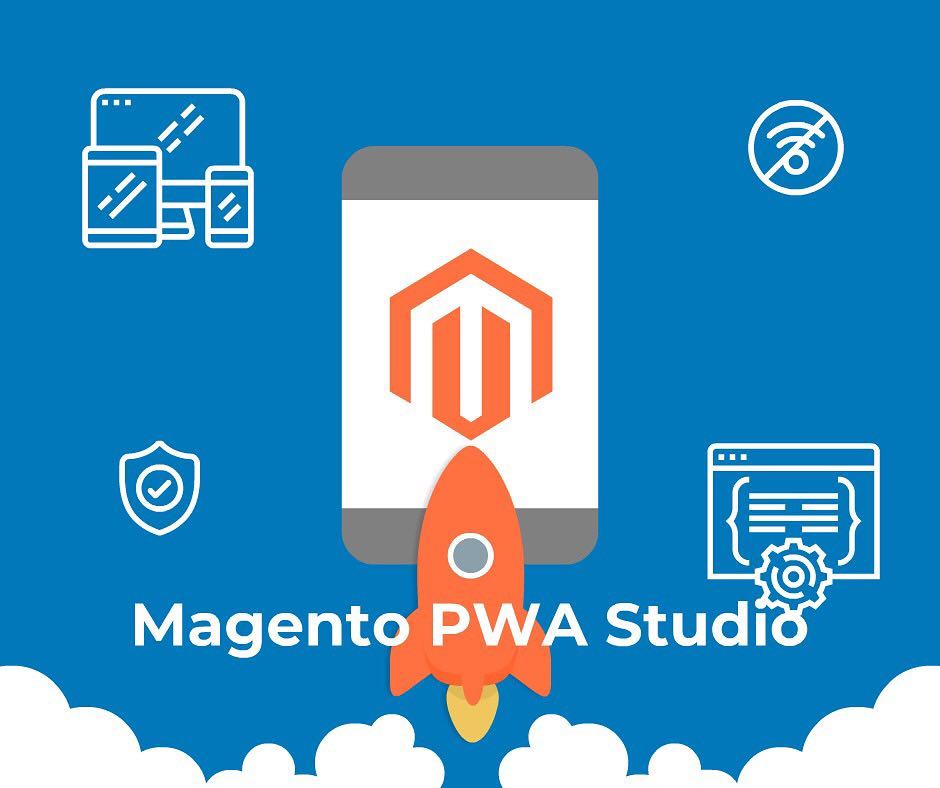