We were waiting for this for so long time. And actually it happened. Magic PHP 7, that will empower 50% of the Internet which runs “this language”, was released at the beginning of December. The most remarkable are performance values. Last tests show incredible numbers. New PHP 7 gives double the performance of PHP 5.6 and it improves performance everywhere from websites to cloud. Zend performance team’s resource demonstrate capacity to run up to 3x Magento transactions on the same hardware. Servers on PHP 7 are using 30% less memory consumption. It means that now it can be served in 3 times more requests as those running PHP 5.6.

Taking into account the last Google report that the loss of even 10% page loading performance leads to appreciable loss of customers. If you can speed up the work of your site in two times you can easily get more sales without spending a penny.

And the most incredible - you don’t need to upgrade hardware to improve performance, upgrading to PHP 7 is enough to empower your web store or application.

Eltrino team is always in the trend. We’ve already prepared useful patch that provides compatibility for Magento and PHP 7. Great mind think alike. And the similar open-source extension was created by Inchoo. They both are good but with some differences, complimentary features. For example Eltrino extension provides uploading images that is impossible in Inchoo’s. And our gap is export-import of products that was released in Inchoo PHP7. We’ve successfully upgraded Eltrino store to PHP 7 and compared its performance values to the previous version. We got unsurpassed results. Server response time was decreased by 59% and number of transactions increased by 38%. So this valuable tool is absolutely affordable. Don’t waste time and money, install compatibility extension and exploit fascinating forces of your web store. 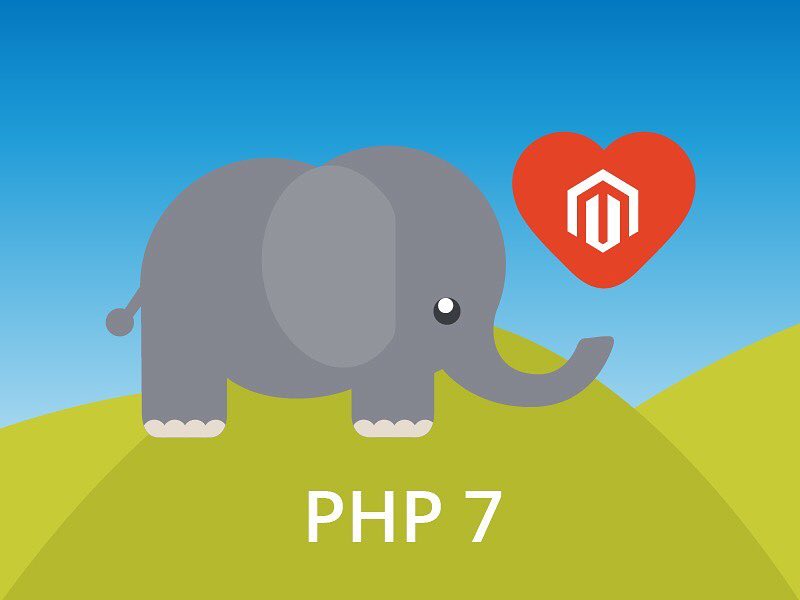