Long ago in Ukraine there was time when it was hard to find and buy things which seem so regular and essential for us today: simple stuff like jeans or a chewing gum. This was also the time when McDonald’s was considered a gourmet restaurant where one could get anything only after waiting in a line for 3 to 4 hours. That’s when these mysterious women with “kravchuchkas” appeared on the streets.

You can always recognize them by their strict glances, perfectly trained while waiting in lines to buy socks, stockings or sausages. Generally, people used to wait in line to buy A-N-Y-T-H-I-N-G they needed due to the years of total deficit dominating the market at that time. Remember these lines near Apple Stores when the new iPhone is launched? Back than, waiting in lines was not a thing you would do at a whim - it was a was a part of lifestyle. Later, when massive reduction of manufacturing led to high unemployment rate, a lot of people had to find alternative ways to make their own living and great amount of them tried themselves in trading.

The innovative ‘device’ we are talking about has literally divided the trading activities into: before and after. Before “kravchuchkas” were introduced to the market, people had to carry their incredibly heavy bags full of products they were trying to sell in their own hands, which was exhausting and bore a high potential of injury. Once it became available to all people who were involved into selling activities, logistics reached a new level on that scale.

Ladies with “kravchuchkas” were up and ready to go with the first rays of sunlight. Their mission was to win at any cost. The aim was to buy anything just to have ENOUGH of this.

By that point they had no chance to step back - commerce has been in their blood and it wasn’t happening by their choice. Instead, this choice has been made by life realia of the society - later they had to resell some of the acquired products as it made no sense to own 5 sets of pots and have nothing to cook in them, as you had to reserve a place in other line to get some of the groceries.

It was necessary to resell all that stuff they bought. They used all available distribution channels, such as natural markets, telephone sales, personal means of persuasion, such as: “Oh, dear, yesterday I’ve bought such a cute tea set, don’t you need one?” and different types of advertisements.

It seemed that the whole world was thankfully bowing to them after they were managing to purchase scarce products, such as washing powder, soap, matches or even sugar.

These ladies had unique ability to form pricing strategy properly: it took them several seconds to estimate market’s condition and calculate a unique price for the particular potential buyer.

These women raised a whole generation of new merchants. So it’s not surprising that the most popular eCommerce platform, Magento, is originally from Ukraine.

Part of Eltrino team was involved in core development of the platform.

We know what eCommerce not on word, but in deed. It’s in our genes. Let’s Rock your eCommerce!

P.S. In Kyiv, on the Rusanivska Naberezhna street the iron monument to the “Iron Lady” with “kravchuchka” was established. Eltrino company assisted the author of this artwork to set the monument.

*Kravchuchka is a two wheeler hand truck or trolley. Thanks to its convenience and small size, trolleys became very popular among ukrainians in 90s. In the early 90s many Ukrainians lost their jobs, and to somehow make ends meet rushed to trade. To make their living, citizens started to grow agricultures in suburban areas. There was a need for a new democratic means of transportation. And the miracle happened - the “trolley” appeared. Weight-carrying capacity of the so-called kravchuchka - up to 100 kg, easily to assemble it to the size of a backpack, if necessary, the trolley could be composed into a chair. Such multi-functional construction was developed by design of the engineer of Kyiv Aircraft Repair Plant. 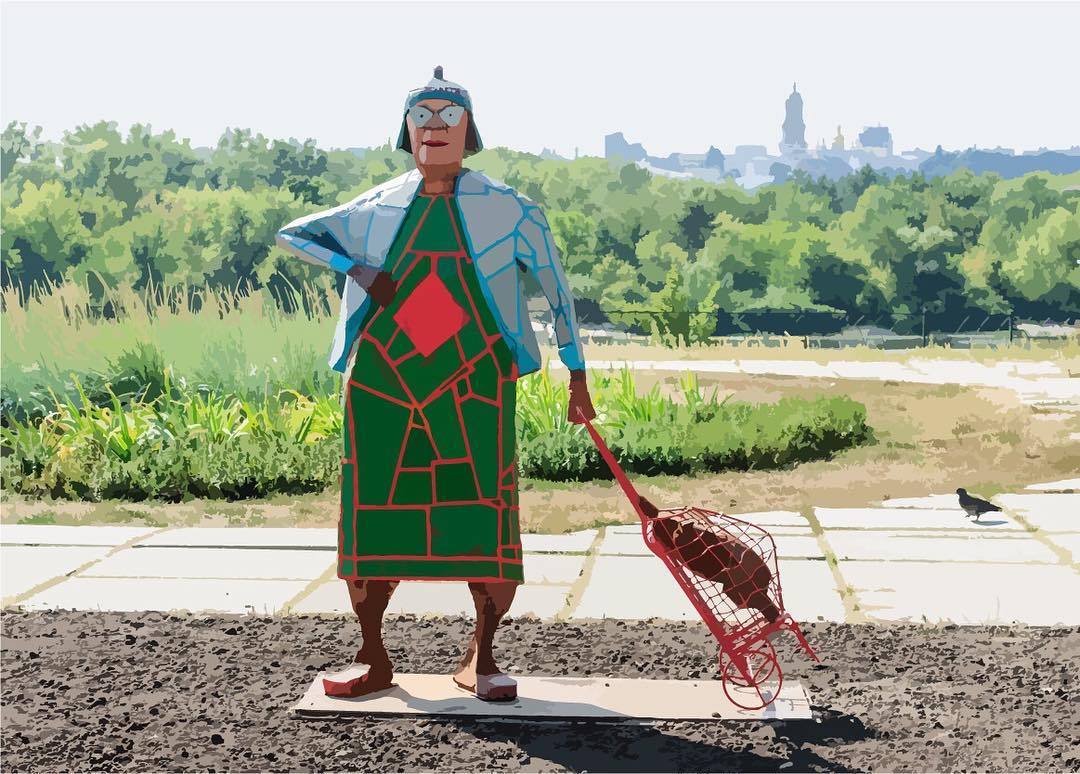